Thank You For Signing Up For Updates From iSight Missions

Check your inbox in 10-15 minutes for confirmation of your submission.

Thank You For Choosing To Donate To iSight Missions!

Please choose your donation option below:


This site doesn't support Internet Explorer. Please use a modern browser like Chrome, Firefox or Edge. 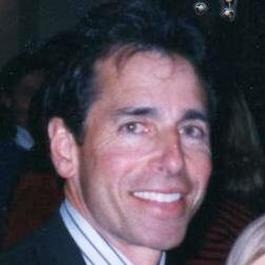 Jeff Rutgard, MD, MS, founded iSight Missions in 2013 and serves as President. He is the Hawaiian Eye Foundation's Medical Director,  Past Surgical Instructor for Surgical Eye Expeditions International, Surgeon for Marine Reach, Medical Ministry International, LIGA International, Flying Samaritans, Orbis, and has been Adjunct Assistant Clinical Professor at Loma Linda University. Dr. Rutgard earned his medical degree at the University of Illinois. He began his ophthalmology training at UCLA’s Jules Stein Eye Institute and completed his residency and an associateship in ophthalmology at the highly acclaimed University of Iowa. 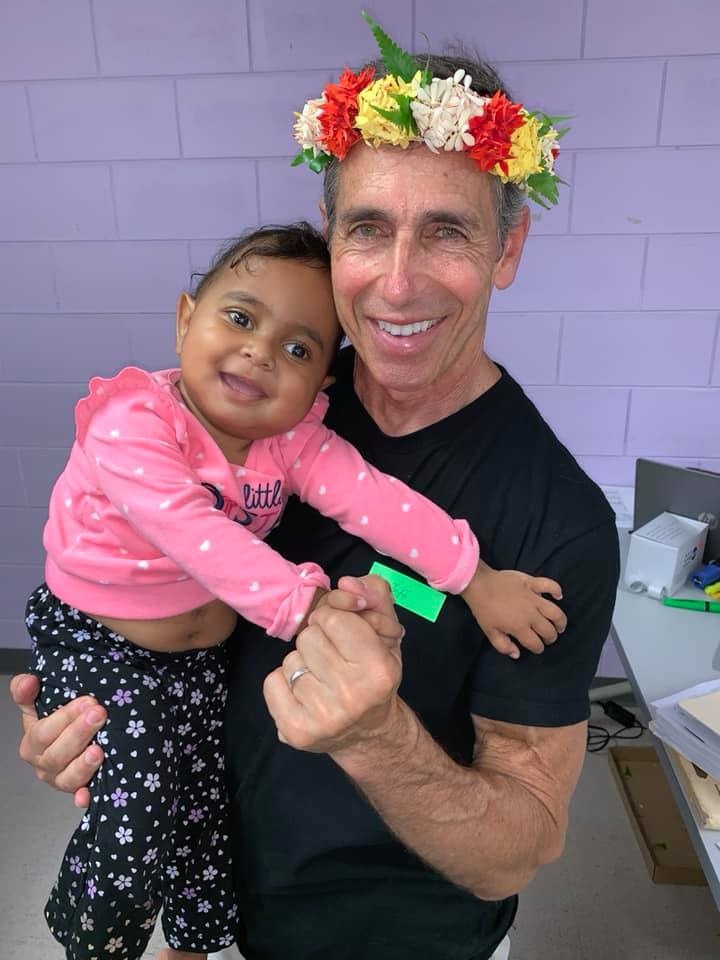 Dr. Rutgard is possibly the only U.S. volunteer doctor who has dedicated two decades as a full-time humanitarian ophthalmologist. It was not always this way, from 1981-1992 Dr. Rutgard was in private practice in San Diego when his practice and surgical center were targeted by a government investigation. Dr. Rutgard lost his medical license, and was found guilty of $43,000 of Medicare payments, representing < 0.1% of his practice, served 4 years in prison and forfeited all of his savings. See Association of Physicians and Surgeons on Jeffrey Rutgard MD’s case by Jane Orient MD, Chester Danehower MD, and Andrew Schlafly JD. Dr. Rutgard was reunited with his family in early 1999, and after peer review by medical boards in 4 states, Dr. Rutgard was licensed to practice by each of them, but chose to dedicate his medical and surgical skills to serve God, his country and the blind poor. To date he is a global leader in treating curable blindness and giving the blind impoverished the gift of sight.

Since 1999, he has participated in over 272 eye mission projects, performed over 75,000 humanitarian eye examinations, and is responsible for over 17,000 humanitarian eye surgeries which have transformed the lives of the underserved in impoverished locations worldwide. He has trained over 1,150 ophthalmologists worldwide to perform Manual Small Incision Cataract Surgery and has trained numerous volunteers to be specialized MSICS surgical assistants. 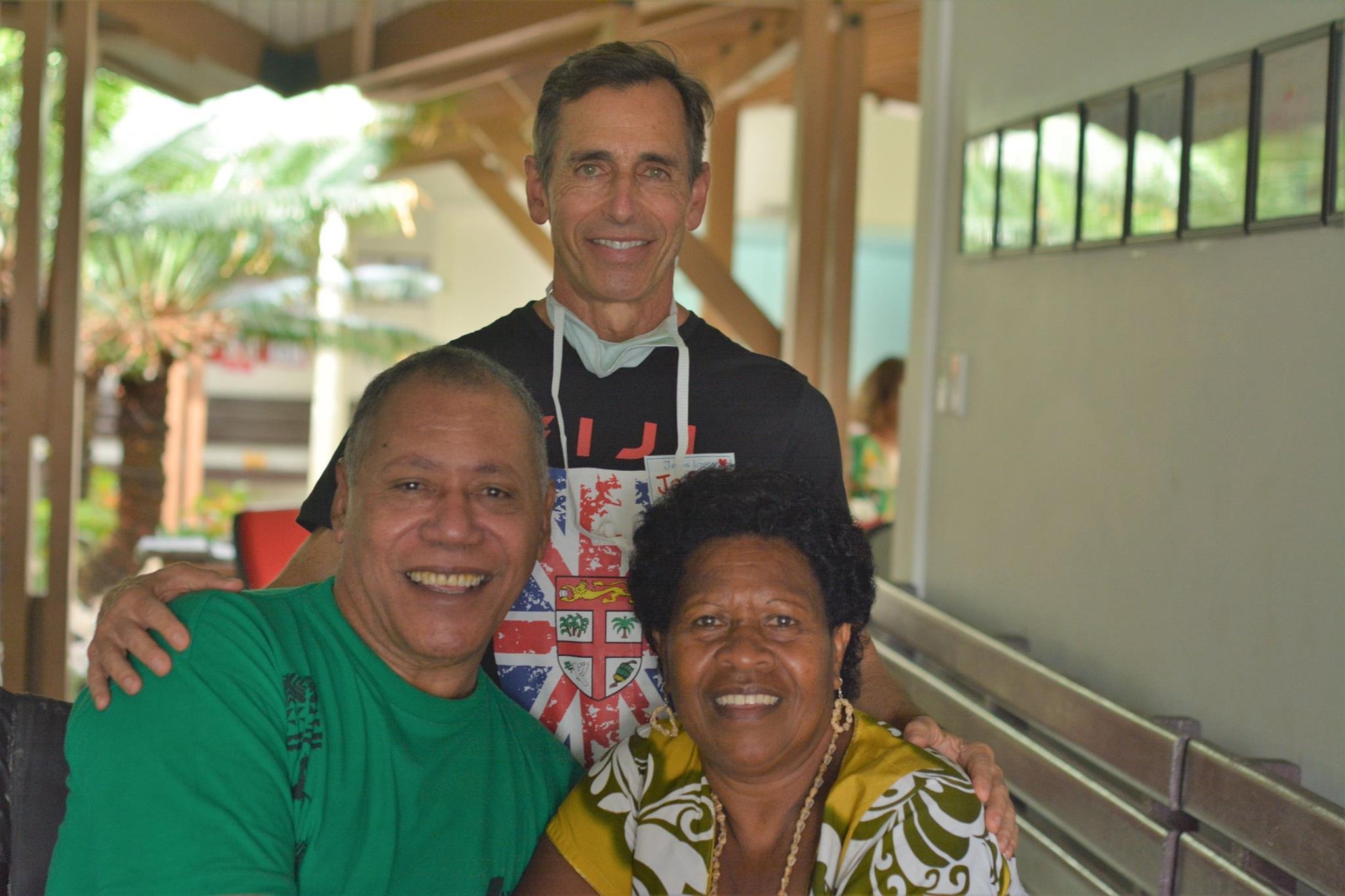 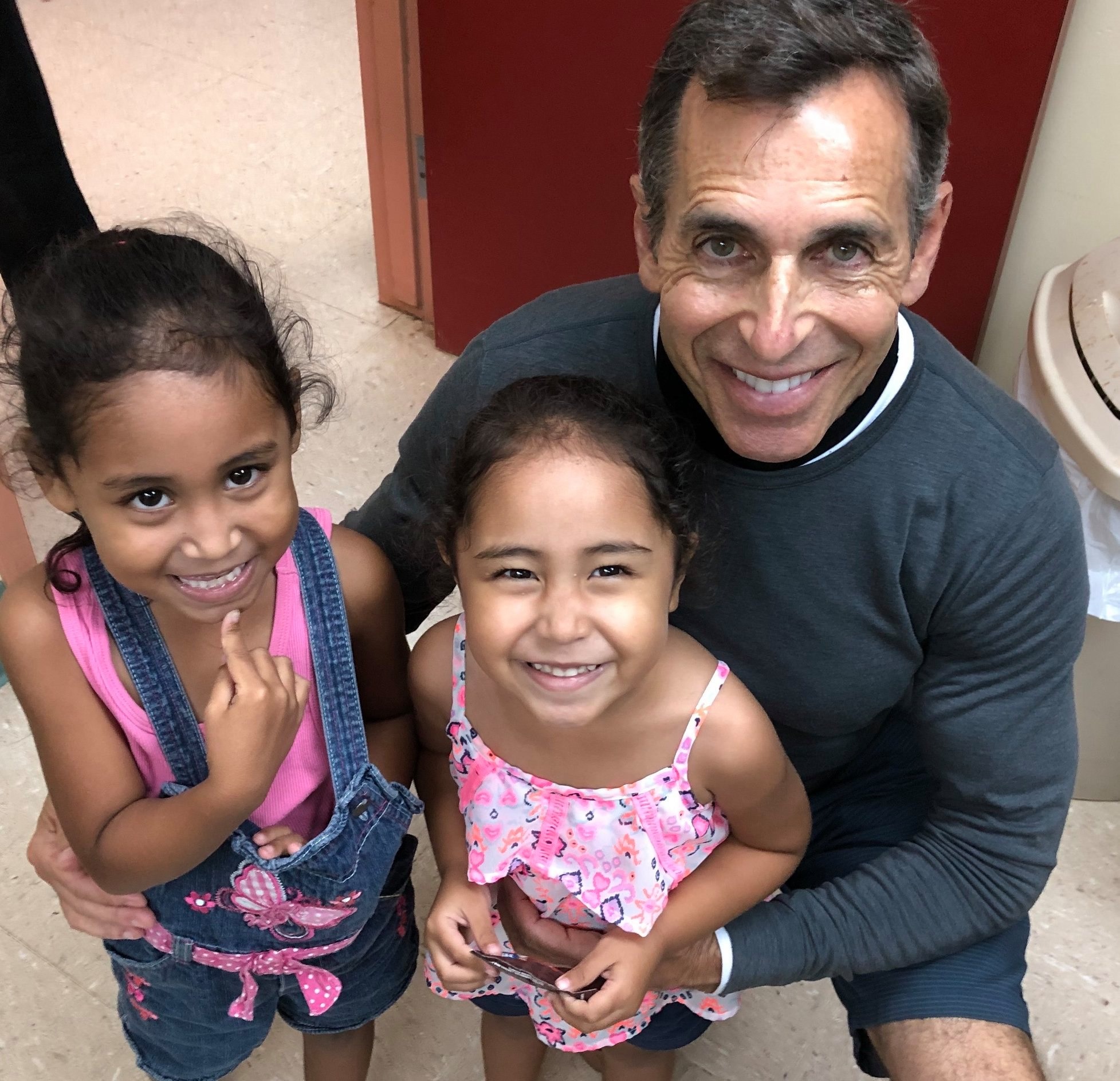 In 2010 Dr. Rutgard received the Eye Surgical Volunteer of the Decade Award from the Hawaiian Eye Foundation and the Paul Harris Rotary International Award for his significant contribution to the people of the world, in 2013 the Surgical Eye Expeditions International Award for having performed more humanitarian eye surgeries in more countries than any other American ophthalmologist, in 2014 the Flying Samaritans Award for his medical contribution to the people of Mexico and the Angel of Altruism Award from the Catholic Church and people of Mexico, in 2015 the Thornton Humanitarian Award sponsored by Biosyntrx and in 2016 the Divine Jyot Foundation award for serving the blind poor.

We restore vision to impoverished adults and children in developing countries. Volunteers have travelled to: Asia and Southeast Asia, the Caribbean, Central and South America, Eastern Europe, Mexico, and the South Pacific. Missions are approximately 1 to 2 weeks and sight is typically restored to 100 to 300 people. 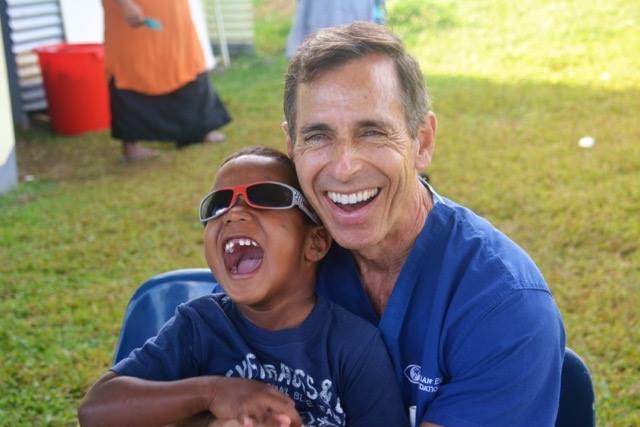 Secretary of the Board

Is an ophthalmologist and recognized for her considerable contribution as an international humanitarian ophthalmologist. Within one week of taking the MSICS course in 2008, Audrey was on her first of many missions. When not practicing medicine or enjoying her family, Audrey is playing VB or competing in ballroom dance.

Treasurer of the Board

Dick is a retired neurologist who continues to serve in the international humanitarian sector.

Jennifer is an inspiration to all, after her children were grown, she went back to school completing her R.N., and she didn’t stop until she had her degree as a Nurse Practicioner from Georgetown! Jennifer has participated in many iSight missions, as well as volunteering with her husband, Gene on the M.O.S.T.-Mercy Outreach Surgical Team trips providing life-changing surgeries to children in Mexico. 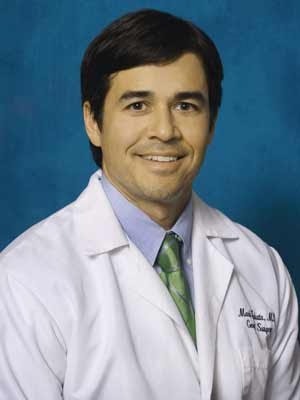 A general surgeon with a special interest in minimally invasive, advances in laparoscopic and bariatric surgery. 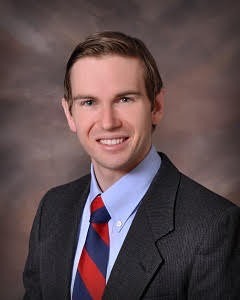 Internal Medicine doc with a passion for international missions. ​ Jeff has volunteered on 2 dozen eye missions and has assisted in over 500 cases. Jeff did research in ophthalmology @ UCSD. 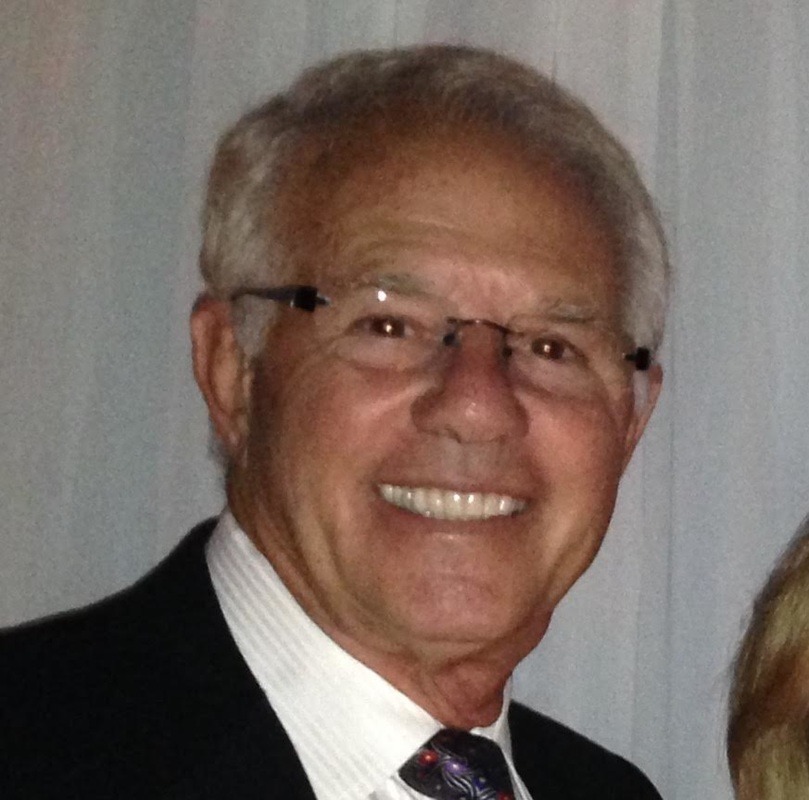 An MBA from American University,  is experienced in community relations and financial management. We would like to thank Kellogg Hooker for his steadfast vision and leadership in co-founding and launching iSight Missions.

Paul Tornambe, MD, was an internationally recognized expert in retina detachment repair, macular hole repair, vitrectomy surgery and the management of diabetic eye disease. His accomplishments are extensive as an inventor of procedures and instruments that have become the standard of care in the field of Retina. He was a founding board member of iSight Missions. 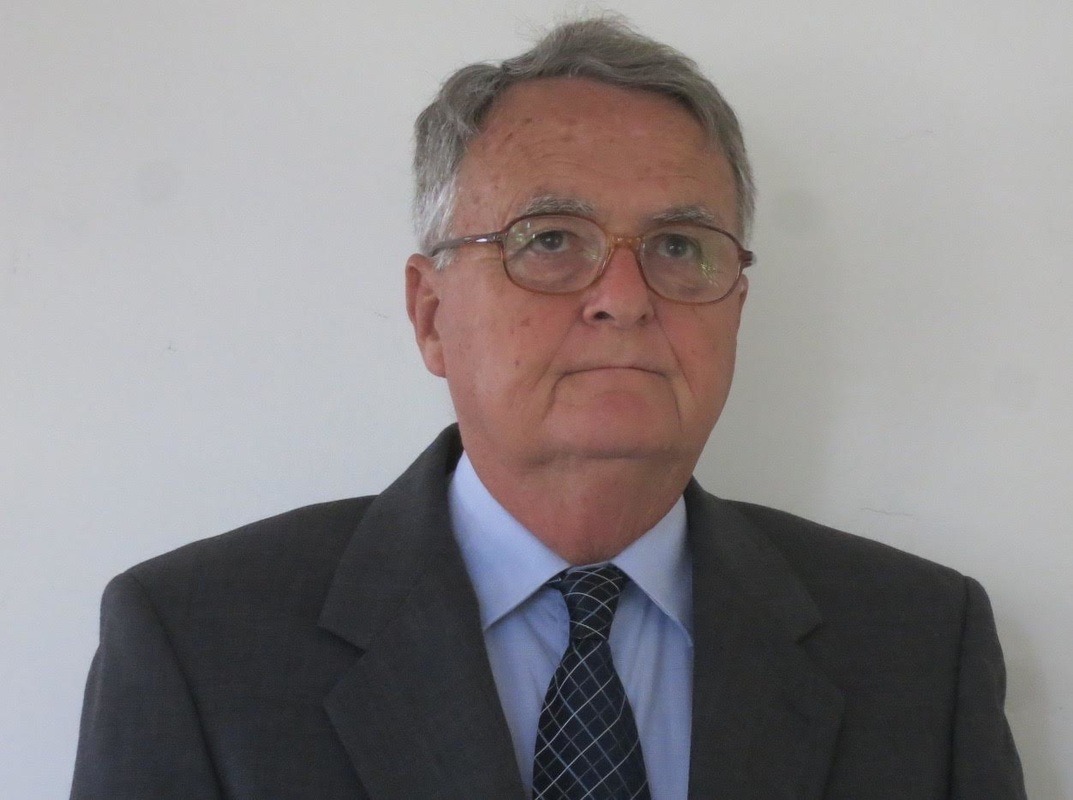 Jerry is a life-long learner. He is a retired scientist/engineer from General Atomics and prior to that he was the industrial products manager for Polaroid Corporation in Japan. He graduated with a medical degree in 2005. Jerry has volunteered on many missions, He is particularly interested in developing and retrofitting equipment that adapts to the difficult conditions associated with third world eye missions. He has seen first hand the remarkable transformation to people’s lives who have their vision restored by cataract surgery. Jerry volunteers with the USMC Museum in California where he restores old military vehicles.

Jody Goodenough-Fleming is on a mission to help make the world a more beautiful place: one eye at a time! Raised on a small ranch in southwest Idaho, Jody grew up with a love for fishing and the great outdoors. After attending Eastern Oregon University, she trained as a commercial pilot and has spent the past 15 years working with hospitals, clinics, and non-profit organizations providing medical transport and care (eyesight) to impoverished persons around the world. Jody has assisted in over 3,000 cataract surgeries for the underprivileged and indigent; this continues to be a realization of a lifetime commitment to help those in need. Jody has served on the board of iSight Missions, LIGA International, The Ninety-Nines Inc. and St. Mary’s Catholic School and is actively involved with Hawaiian Eye Foundation, Medical Ministry International (MMI), Shriners Hospital, CASA and NAMI.

After volunteering on eye missions, Corinne decided on a career in nursing. She has volunteered her time since 2008 setting up eye clinics, assisting in surgery, and teaching in many countries. When not at work or on a mission, you can find her studying  or with her horses.

iSight Missions is a nonprofit public charity under section 510c3 of the U.S. Internal Revenue Code. We provide quality eye care and perform vision-restoring surgeries to impoverished persons around the world. We also train other ophthalmologists and eye care specialists to administer these services. These interventions help to reverse poverty, and restore daily function, hope, and dignity, to those in great need, through the gift of sight.

If this site is or

This site was built with GrooveFunnels.